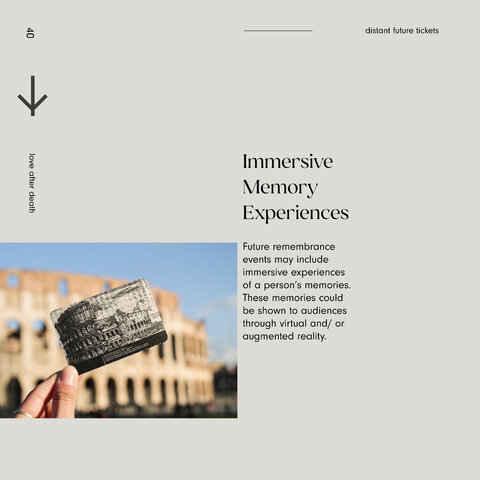 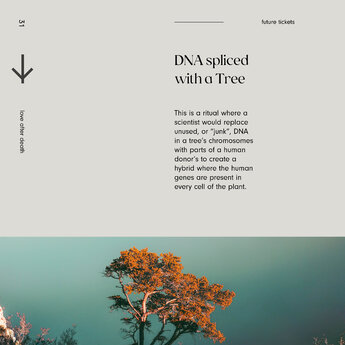 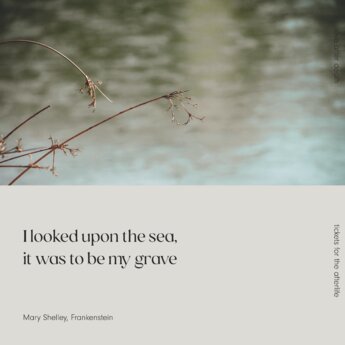 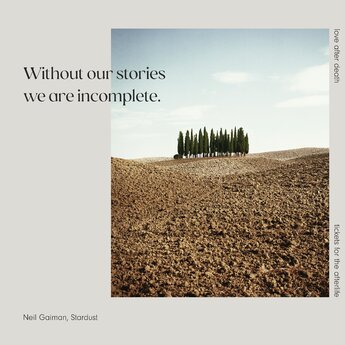 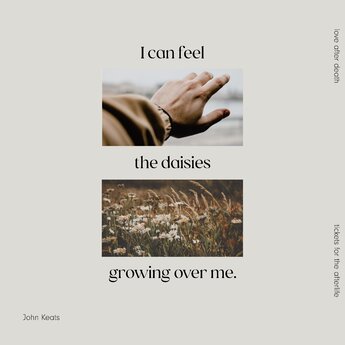 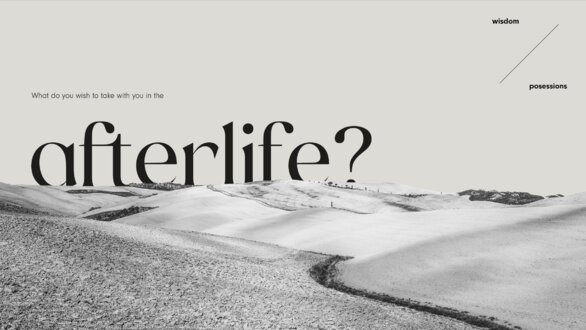 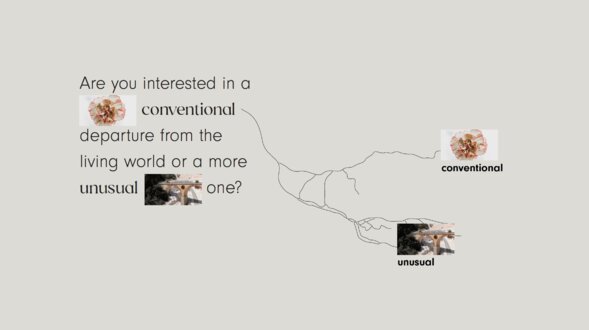 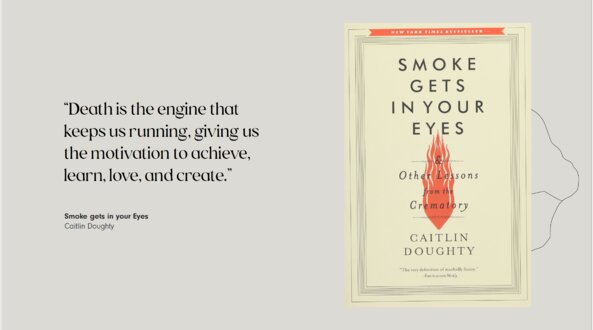 Tickets for the Afterlife (Digital Experience)

Explore a range of choices for what to do with your body, memories and legacies that span the past, present, future of death and dying.

Tickets for the Afterlife aims to introduce people to planning end of life wishes. Through visual communication, interaction and personal decision making. It uses artistic research methods that position diverse rituals and potential futures as options to be chosen within the digital experience/ website. It also uses the library's collections of books as a way of giving people personalised recommendations for further inquiry.

It treats death and dying as a health and societal issue and works to engage the wider public in the concept of using libraries as ‘death positive spaces’ and their collections of books as trusted resources that push people to consider their own mortality.

The Tickets for the Afterlife website was creatively directed by Dr Stacey Pitsillides with graphic designer Elena Demireva, web developer’s Parvin Asadzadeh Birjandi & Tom Hegarty and sound designer Emma Margetson. Content research and co-design with Dr Claire Nally and the Death Positive Library team. Together this team have investigated the role of Death Positive Libraries during the pandemic through author/Filmmaker Q&A’s, death cafes and A Grief Spoon Room with the Loss Project. This project has been funded by the Wellcome Trust, Carnegie UK, and The Wolfson Foundation and has recently been awarded the Health and Wellbeing Award from Libraries Connected, an organisation which promotes and represents libraries as important resources at the heart of communities.

More about The Death Positive Library:

The Death Positive Library grew out of a series of collaborations. It initially began in Redbridge Library, with the ‘The Final Party’, which included collaborations with funeral directors, creatives, and academics. One of the installations commissioned was ‘Love After Death’ (http://www.loveafterdeath.co.uk) which brought forth key questions about the role of design and speculation within libraries. This developed into a cross-community collaboration between Redbridge Library, Kirklees Library and Newcastle City Library with academics from Northumbria University. The Death Positive Library approaches death and dying as a health and societal issue but seeks to engage the wider public in the concept of libraries as death positive spaces and their collections of books as creative resources that push us to consider our own mortality.